Discipline is a necessary component of any good parenting arsenal. But it is difficult to know how to discipline your child and have a positive outcome. Several things should be kept in mind when disciplining.

Probably one of the most important questions you need to ask yourself is what do you want to accomplish by disciplining your child.

You also need to remember that you children are learning life’s lessons from you, so how you discipline will more than likely be the way they learn to discipline. The purpose of discipline is to teach the child self-control which turns into self-confidence.

The more a child learns to control their behavior the better they feel about themselves; they know that they have accomplished something and they feel  more confident when around other people because they know how to act properly.

The second step is to take the action and then finally step three is to follow through. The follow through part is where you should There are different types of discipline.

This type of discipline involves listening to your child while telling them what they did wrong and why it was wrong, while at the same time reassuring them that you love them.

You don’t punish bad behavior, but rather reward good behavior. An example of this type of discipline is when two kids are playing with toys and the one child refuses to share pulling them out of the other child’s hand.

Instead of punishing the child tell them why it was bad to do what they did and tell them what they should be doing.  The next day when you look out in the back yard you see child pleasantly sharing their toy. This is the time to step in and reinforce this good behavior.

It helps if you see your child do the right thing and tell them what a good job they did and then reward them before you catch them doing it wrong.

This is not a very constructive way of teaching your child what is right and wrong.  It involves either some type of slap, spanking or taking something away from the child.

It may also consist of verbal abuse such as telling the child how stupid that was to do, or don’t you know any better you dummy?

Berating or hitting a child only serves to diminish the child’s self-worth and erodes any self-confidence they may have had.

This is when you separate your child from everyone else. Some actually make a child go to their bedroom for a period of time and some have a designated chair in the house for this.

This works because the child wants attention and by placing them in a time out they are not getting it. It also gives the child a time to think about what they did wrong and why. Most times it works like a charm.

A good amount of parenting involves disciplining and is extremely important because this is your child’s first chance to see which behaviors are OK and which are not acceptable. It is an important part of their socialization process.

Don’t waiver in it or not do it. If a child sees your mind can be swayed they might end up being even more of a problem. 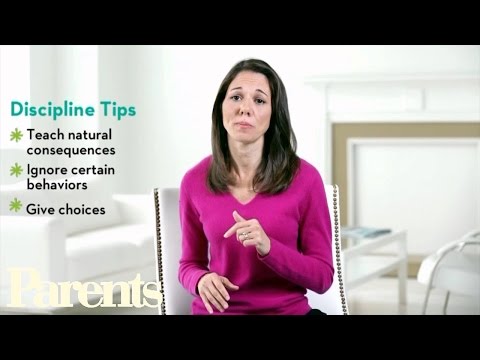 How Much Screen Time is Too Much?

20+ Coding Apps for Kids and Teens

Easy Birthday Parties for Your Kids

5 Parenting Tips to Help Your Child Get More Exercise

10 Fun Places in Mumbai for Your Kids