Technology is growing in leaps and bounds these days. Whereas my dad, who is still alive, never had a television, his great grandchildren have apps and games galore in addition to their computer and television.

New apps come out almost daily and new games, although not quite as quick, are coming out almost every week. How are parents ever to keep up with this so that they can protect their children from the ones that are scams and dangerous to their child’s health? This is no easy job but there are resources out there to help you make good choices.

The most common resource that people here in America use to determine how suitable a video game is, is put out by an organization called the Entertainment Software Rating Board (ESRB).  This is both an organization and a rating system that rates every video game that is submitted to them.

This industry formed group started in 1994 when there was talk about the government taking over the regulation of the video game industry. The industry did not want the government involved so they did this on their own.

Game makers are not forced to submit their games to this board for a rating but most stores will not sell games that aren’t rated.

When submitting a game the creator of the game fills out a questionnaire concerning possible sexual scenes, obscenity and anything else that might be found offensive.

Along with the questionnaire the entire video and lyrics as well as any additional material that might be bought for the game are submitted to the board for review.

Three reviewers review the game looking for things like sex, drugs and violence. The raters are usually homemakers, not hardcore gamers.

The only requirement for being a reviewer is that you are at least 21 years of age and not connected to the gaming industry.

The ratings are based on three sections. The first one of these is the ratings category which gives guidance on the age category for each game or app. These are divided into the following six categories.

This rating is often used by developers and their advertisers to indicate that they will be submitting it to the ERSP.

Finally, the last category has to do with user generated contented and each game that is rated will tell you if there is any and what happens to it. 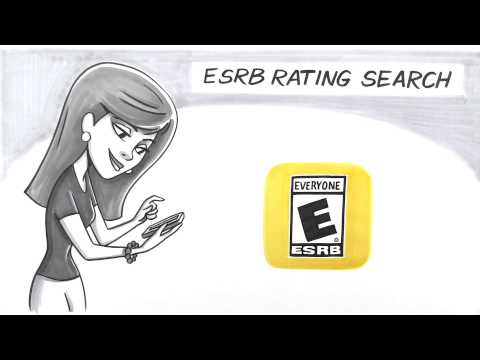 Contraceptive Pills and Their Side Effects

In Control or Just a Controlling Parent?

Halle Berry Uses Her Son Maceo as a Weight During Workout